By the cancellation of the 2020 edition, ticket holders will be able to be reimbursed for their purchase within thirty days or keep tickets for 2021. 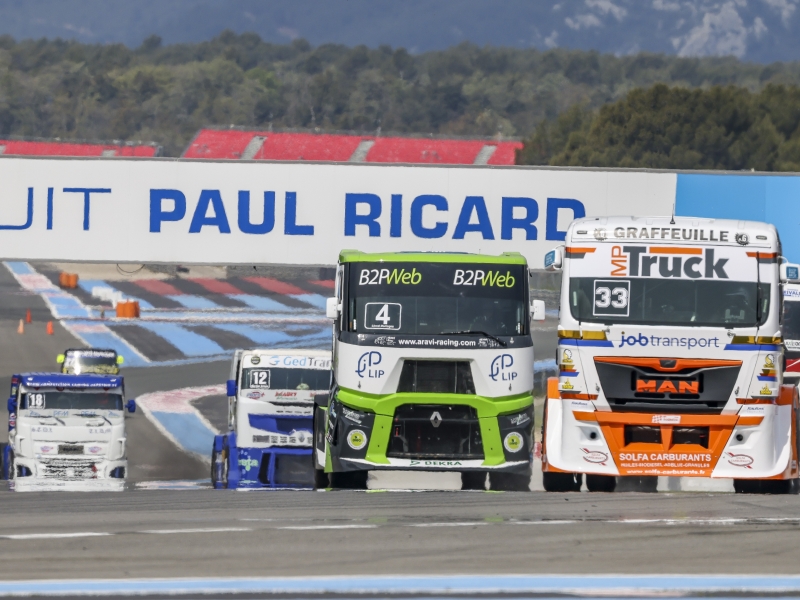 Join us on Facebook to discover in pictures and videos the backstage, the pilots, the animations and especially the trucks!

The list of trucks participating in the Truck Show 2021 is available here !

In the context of the unprecedented crisis linked to the Covid-19 epidemic, the magazine FranceRoutes and the Circuit Paul Ricard are forced to postpone the 7th edition of the Truck Grand Prix until next season.

With almost 40,000 spectators in 2019, the Truck Grand Prix is ​​one of the “flagship” events of the season at the Circuit Paul Ricard. This popular success and this festive event bring together an enthusiastic and passionate public, coming as well to enjoy the show on the track as the many additional activities offered.

Initially scheduled for May 18 and 19 - the week which marked the release of the entire country from confinement - the Truck Grand Prix had therefore already been postponed to October.

The co-organizing teams of the magazine FranceRoutes and the Circuit Paul Ricard had set about the reprogramming of the event, the activities and its promotion.

In addition, the health rules governing protocols for an outdoor sports establishment do not allow the reception of more than 5,000 people, a request for exemption had been filed with the Prefecture specifically for these days, in order to be able to satisfy the faithful. spectators.

However, the department of Var being classified as an active zone of circulation of the virus, there can be no regulatory exemption from the ban on gathering more than 5,000 people.

As it is impossible to predict a favorable evolution of the health situation on the scheduled date, the cancellation of the Truck Grand Prix becomes an inevitable consequence.

KEEP UP WITH OUR NEWS AND SHARE WITH US FROM HERE!